We are pleased to announce an updated Synced Tool app for iOS v4.7, the latest release includes important new features and improvements related to performance and user experience. 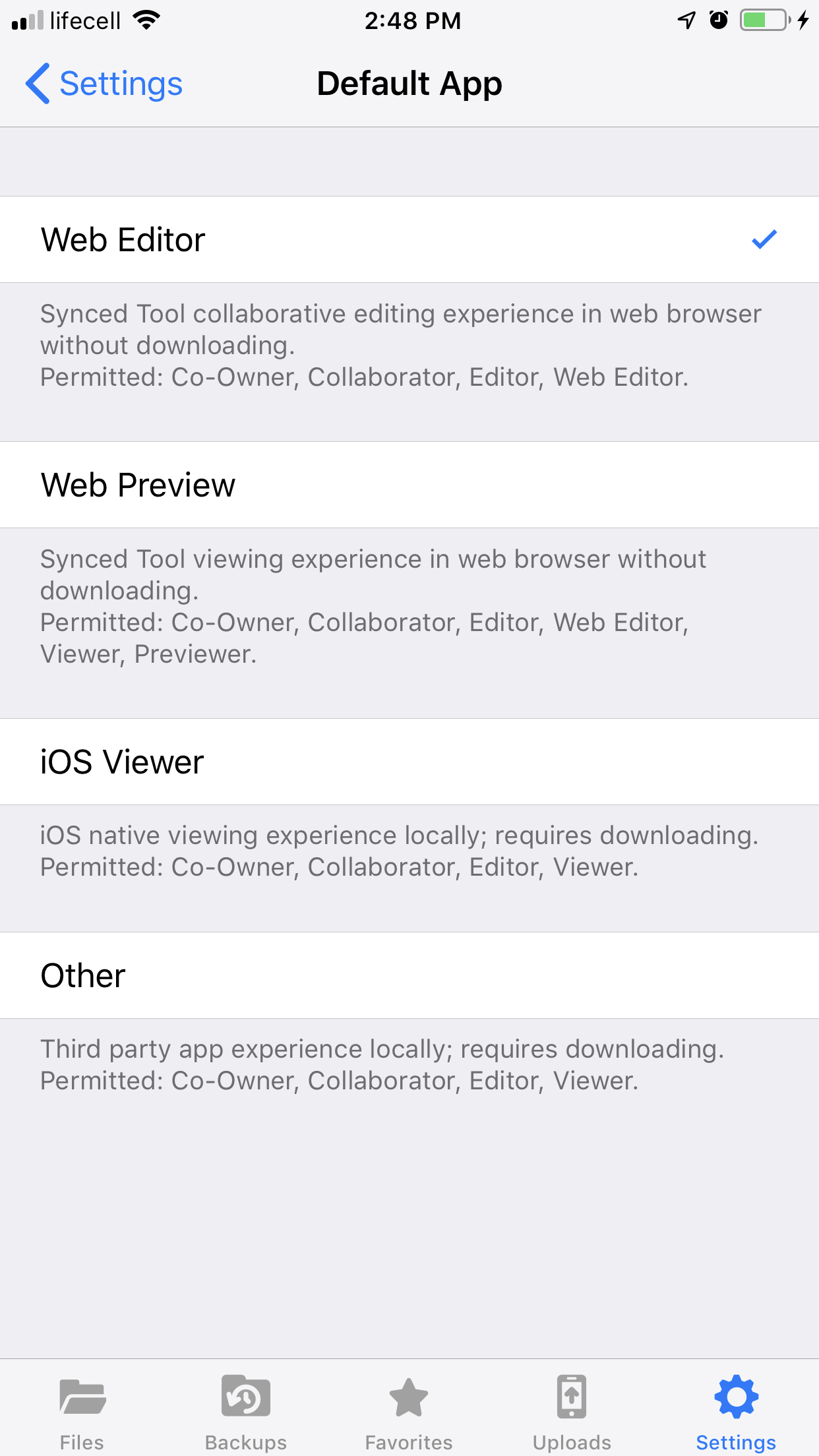 Each option for opening a file requires a different level of Team Share permissions.

When an administrator assigns a Team Share permission role to a user, that assigned role can limit the user's access to options for file opening.

The default setting is assigned per device. However, the device user may have subscriptions to multiple Team Shares with different permission roles. With that in mind, to provide the best user experience for the Default App setting, we've provided the following: